Skip Navigation
My Account
Locations
What's New
Research
Download
How do I?
Posted on December 8, 2016 by Katie Auman in Library Blog 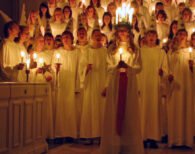 Few months are as full of multicultural and multinational feasts and celebrations as the month of December! Some of these events – like St. Nicholas Day – you may recognize, but I bet a few are brand new to you.

By no means is this a complete list of December holidays, just a quick taste of some of the unique feasts, festivals, and celebrations around the world.

Side Notes: The Library District’s online cultural reference resource, CultureGrams, provided some of the information included here as well as the Funk & Wagnalls New World Encyclopedia. Also, the online catalog has a variety of books and picture books about the various saints, holiday festivals, religions, and cultures mentioned in this post. The following are just a sampling. 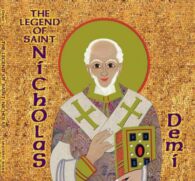 Saint Nicholas is the main gift giver in many regions of the world, and his feast day is more prominent than Christmas – he is, after all, the origin of Santa Claus. Parties are often held on December 5th and children leave their shoes or plates outside the doors of their houses so that Saint Nicholas can leave sweets, nuts, and oranges in the shoes or on the plates.

In some cultures, Saint Nicholas is depicted as an old man with a bishop’s hat and staff, accompanied by Krampus, a frightening shaggy figure who punishes naughty children.

Saint Ambrose was the bishop of Milan (Italy), and the city’s patron saint. His Feast Day is celebrated every December 7th with special church services and festive street markets. Most notably is the Saint Ambrose Fair, better known as Oh Bej! Oh Bej! (“oh so nice! oh so nice!) which kicks off on Feast Day and runs until the following Sunday. Visitors to the street fair will find Christmas sweets and foods, handcrafted gifts, holiday decorations, souvenirs, and other market items.

This Buddhist holiday commemorates the day that the historical Buddha, Siddhartha Gautama, attained enlightenment (or “Bodhi” in Sanskrit). In simplistic terms: Siddhartha was sitting under the Bodhi Tree meditating until he found the root of suffering and how to liberate oneself from it. During his meditation, he came to understand the cycle of rebirth, the Law of Karma and living by the Eightfold Path, and the Four Noble Truths, thus reaching nirvana. He then became the Buddha, or “The Awakened One.” The day is often observed through personal meditation, chanting Buddhist texts, and/or performing kind acts. 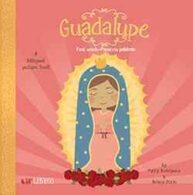 The Dia de la Virgen de Guadalupe is a popular feast celebrating an old man’s encounter with the Virgin Mary outside of Mexico City, on December 9, 1531, and again three days later. The Virgin Mary is Mexico’s patron saint and a frequent focus of festivals, but the Feast of Our Lady of Guadalupe is also observed in the United States among Catholic communities, especially in the southwest. This day of celebration includes delicious food and drink with items like sopa de espinaca con condito (spinach soup with macaroni), mole poblano, arroz (rice), cajeta (boiled milk with sugar), flan, and café con leche. 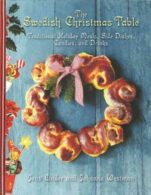 Also known as St. Lucy’s Day, the Saint Lucia’s Day holiday is one of Sweden’s biggest celebrations, but is also highlighted in other Scandinavian areas. The day commemorates the story of Saint Lucy secretly bringing food to persecuted Christians in hiding in the catacombs of Rome. It is said that she wore a crown of candles to guide her through the dark tunnels so she could carry food in both of her hands.

Traditional food and drink served on Saint Lucia’s Day includes Lucia bread or buns made with saffron and Swedish glogg, a warming drink made of spices, raisins, almonds, and brandy. 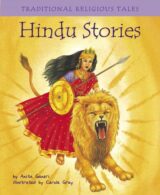 The five-day Hindu festival of Pancha Ganapati was created in 1985 as an alternative to Christmas. It is a family festival of giving honoring Lord Ganesha, the elephant-headed lord of culture, art, and new beginnings. During this time, family members strive to bring blessings, joy, and harmony into the five realms of their life: family, friends, associates, culture, and religion. Each day of the festival is marked by a different color, representing one of the five faces of Pancha Ganapati, and the five realms: yellow, blue, red, green, and orange.

Las Posadas (“the inns”) is a religious festival celebrated in Mexico commemorating the journey of Joseph and Mary from Nazareth to Bethlehem in search of a safe refuge for the birth of baby Jesus. Without lodging available in Bethlehem, they were forced to shelter in a stable. Las Posadas festivals recreate the journey each day during the weeklong event. Traditionally, the procession of children and adults stop at select homes and request lodging for Joseph and Mary, read passages of scripture, and sing Christmas carols.

Be sure to join us for a Las Posadas-themed Noches en Familia storytime on Friday, December 9 from 3-5PM at Old Town Library. 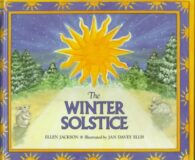 Cultures around the world have marked the winter solstice in a variety of way, but it is frequently honored in recognition of rebirth and renewal.

During the reign of the Roman Empire, the Saturnalia was celebrated for seven days from December 17-23 during which the winter solstice occurred. Businesses closed, slaves were given temporary freedom, people exchanged gifts, and towns celebrated with food and drink.

Other cultures and nations celebrated the winter solstice with their own traditions and festivals. The Festival of Soyal was observed by both Zuni and Hopi peoples. The ritual celebration symbolically brings back the sun from a long winter rest and marks a time for purification.

The Dongzhi Festival is celebrated in China and other areas of East Asia and is designed to celebrate the return of longer daylight hours and an increase in positive energy. 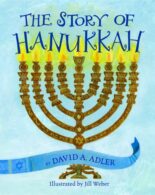 The annual Jewish festival of Hanukkah takes place over eight days, beginning on the 25th day of Kislev, the third month of the Jewish calendar. It is also known as the Festival of Lights and the Feast of Dedication, commemorating the re-dedication of the Temple of Jerusalem to God by Judas Maccabee in 165BC. Prior to this, the Temple had been made a place of worship of Zeus, but Judas Maccabee recaptured Jerusalem and had the temple purged, putting up a new altar and rededicated during festivities that lasted eight days.

In the Christian faith, Christmas is an annual celebration of the Nativity, or the birth of Jesus. While the exact origin of the holiday is debatable, scholars point to Christmas festivals occurring since the 4th century which incorporated both Christian and pagan customs such as the use of holly, mistletoe, and Yule logs. In the early 17th century, the Christmas tree began to make an appearance on the European continent before being introduced to Great Britain and then the United States by immigrants. Today, Christmas is celebrated both as a Christian and secular holiday. 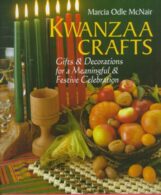 The Kwanzaa festival, founded by Dr. Maulana Karenga in 1966, celebrates African and African American culture and history. Each of the seven days of the holiday is highlighted by seven candles representing the seven principles of Kwanzaa: unity, self-determination, collective work and responsibility, cooperative economics, remembering and restoring cultures and customs, creativity, and faith.

The word “Kwanzaa” derives from a Swahili phrase meaning “first fruits” and the holiday draws on the African tradition of harvest festivals where people would come together to celebrate and give thanks.

Saint Stephen’s Day is also called Boxing Day, Wren Day (Ireland), Constitution Day, and in the Netherlands, “Second Christmas.” Saint Stephen, who is best known for his service to the poor, is considered the first Christian martyr, having been stoned to death in 36AD for his teachings. The annual Feast of Saint Stephen, mentioned in the English Christmas carol, “Good King Wenceslas,” is observed as a public holiday in many countries.

For countries like Australia, Canada, and South Africa, Boxing Day was traditionally the day when alms collection boxes in churches were opened and distributed among the poor. Some churches still open these boxes on Boxing Day. Modern observances of Boxing Day often include sporting events, shopping (like Black Friday), and visiting friends.

In Ireland, the unique Wren Day festivities include “hunting” a fake wren and placing it at the top of a decorated pole. Celebrants frequently dress up in masks, straw suits, and other colorful items to parade through town.

Omisoka, similar to our New Year’s Eve, is celebrated in Japan to mark the beginning of the new year and its new possibilities. In preparation for the coming new year, people throughout Japan purify their homes, remove the past year’s clutter, and clean throughout the home. It’s a symbolic beginning to the new year with a clean slate.

Friends and family also celebrate Omisoka with traditional foods like toshikoshi-soba noodles and sweet spiced sake. Revelers also choose to visit temples and shrines at midnight to ring in “the new.”

Saint Sylvester’s Day is more typically observed in Austria, Germany, and Switzerland to honor the man who became pope in 314. Because Sylvester’s Feast Day is also New Year’s Eve, many Germans and Austrians hold late-night parties of eating, drinking, singing, and dancing. Germans also include traditional fortune-telling called Bleigiessen which involves melting a small lump of lead in a spoon held over a candle and then put into a bowl of cold water. The lead hardens into a new shape which is then interpreted to represent some aspect of one’s fortune for the new year.

Whatever holiday traditions you and your family celebrate, we hope it is wonderful!