If you look for a common thread to tie together Susan Kirkpatrick’s personal and professional journey over the last few decades, you’d undoubtedly find that its “community.” Whether the former city mayor and current owner of Savory Spice Shop is working for the community or working within the community, her interests lie in doing meaningful and engaging work around town.

This began as early as the 1980s when Susan and her husband relocated to Fort Collins from Massachusetts. He worked as a professor at Colorado State University; she was interested in putting her Ph.D. in political science to use by getting involved in the community right from the start.

And, that brought Susan to the public library.

In 1982, the Fort Collins city council appointed her to the library’s advisory board. At this time, the Library was part of the city government and it was still referred to as “Main Library.”

“I was excited to be part of the library’s board,” Susan recalls. “I’m not just an avid reader, I believe strongly in tenets of the 1st Amendment. It’s a basic democratic right.” 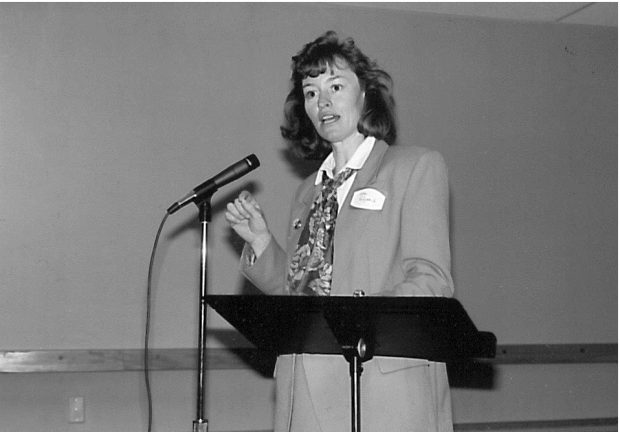 Susan served the community in a variety of roles including on the Fort Collins Coalition for Literacy.

Among the advisory board’s responsibilities at that time was responding to book challenges, and Susan found herself reviewing public challenges to titles such as Animalia and Chicken Little.

“The board believed in individuals’ fundamental access to written materials and information, so we worked with community members to discuss their concerns about certain books,” Susan explains. “But we never removed materials from the shelves.”

A few years into her role on the library board, Susan was asked to fill a vacancy on the city council and later won the at-large seat. She then continued to serve the community as the city’s mayor – both as an appointed position and then as the first directly-elected mayor of Fort Collins (1991-1993). 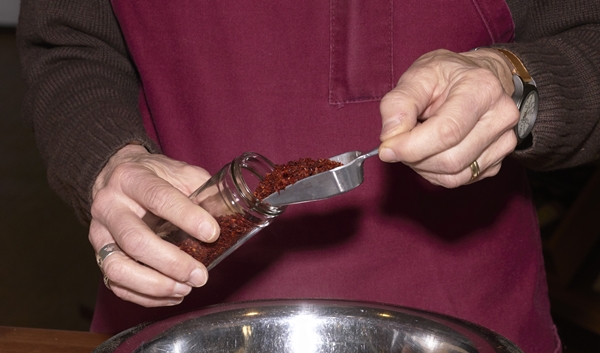 But she never strayed far away from books and reading and the library. Susan was inspired by a program in Seattle that encouraged the entire city to read the same book and come together to discuss and learn. After leaving her position as mayor, she worked with other community members and the Chamber of Commerce to establish a similar community literacy and engagement program in Fort Collins, and in 2002, Read On Fort Collins was founded (now Fort Collins Reads).

“We really wanted the program to be independent of the city, so our choices of authors and topics wouldn’t be restricted,” Susan says. “We wanted to highlight living authors and not be afraid of discussing controversial topics.”

The first author and book chosen was Lois Lowry’s The Giver, followed the next year by Louis Sachar’s Holes. Since then, Fort Collins Reads has expanded to include other notable authors like Erik Larson and T.C. Boyle.

For Susan, reading – and discussing what she reads – was a big part of raising her own children to become readers and how she continues to pursue her interests and spark her curiosity today.

“I always have at least one book in the works,” she explains, mentioning that she recently finished News of the World by Paulette Jiles and was currently listening to an audiobook by Tayari Jones. “Reading is transformative and adds such dimensions to your life.” 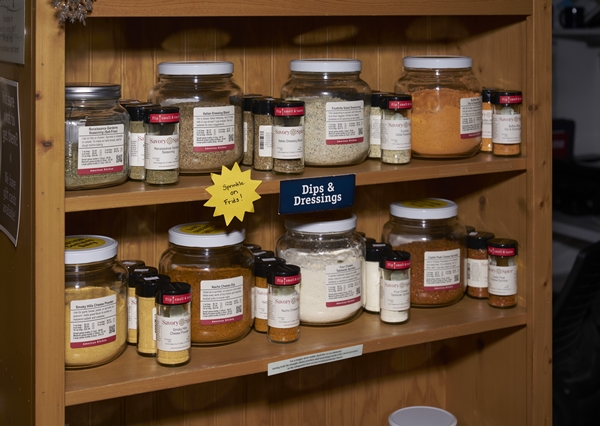 Customers can find everything from spice blends for dips and dressings to flavor extracts and hot sauces.

In addition to reading, one of Susan’s lifelong hobbies is cooking. A perfect weekend day for her includes visiting the library or a bookstore, coffee in hand, to peruse the shelves of books and cookbooks. It was this passion that took her from the public sector to entrepreneur and small business owner.

“I needed to find a new path,” she says and recalls the moment when she knew where that path would lead. “My children gave me a gift certificate to a spice store in Denver because they knew how much I enjoyed cooking. I visited the Denver Savory Spice Shop and thought ‘A-ha! This is what I want to do.’”

She opened the Fort Collins Savory Spice Shop location in August 2011, and the experience has exceeded her expectations!

She points to a medium-sized jar labeled “za’atar” and happily explains that it’s a popular Middle Eastern spice blend of sumac, sesame seeds, and other flavors.

A selection of Middle Eastern recipes and cookbooks available through the Library.

Fort Collins Savory Spice Shop isn’t so different from the Poudre River Public Libraries. When you enter the front door, you’re greeted by orderly shelves of “new arrivals” and “best sellers.” You see themed displays and tons of staff recommendations. Some visitors to the spice shop come by because they’re curious about the store or about cooking or just enjoy browsing the shelves to see if anything sparks their interest; others stop by with a list in hand of must-have items.

“I love having people experience the store where they are in their discovery,” explains Susan. “I don’t try to tell them what they want, but to help them explore and discover new interests.” 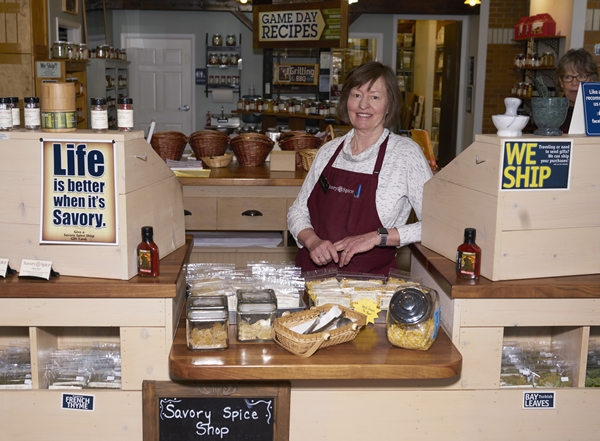 To visit Susan and her fantastic staff and explore the wonderful aromas and tastes, stop by Fort Collins Savory Spice Shop at 123 N. College Ave. in the Opera Galleria building. The store also offers fun classes that showcase the staff’s expertise and enthusiasm for cooking and cultures.

Fort Collins’ Savory Spice Shop is a participant in the Library District’s Flash Your Card program, so be sure to show your library card when you check out at the register to receive special discounts just for library card holders.