Skip Navigation
My Account
Locations
What's New
Research
Download
How do I?
Posted on August 17, 2017 by Katie Auman in Library Blog

The Will Eisner Comic Industry Awards, frequently described as the Oscars of the comic book world, are handed out annually at San Diego Comic Con as part of prestigious ceremony honoring the previous year’s best of the best in comics and graphic novels.

The Eisner Awards – named for the industry innovator, cartoonist, and creator of The Spirit and A Contract with God – were first bestowed on comic book writers, illustrators, pencillers, inker and other creatives in 1988. This past July, the newly honored class of Eisner Award-winners was announced with the Saga series capturing four awards.

At this year’s Fort Collins Comic Con, attendees will have the opportunity to meet two-time Eisner Award winner and local creator Mike Baron (Nexus: The Origin) and multiple Eisner Award-nominee Peter Krause (Irredeemable) among other influential and award-winning presenters.

The entire list of featured presenters and comic book creators is available online at www.fococomiccon.com. You can also find the full two-day schedule for the Con, a list of participating vendors, cosplay contest rules, and other important information.

As you prepare for Comic Con, why not check out a few of the 2017 Eisner Award winners available at the libraries (in print or via download) including: 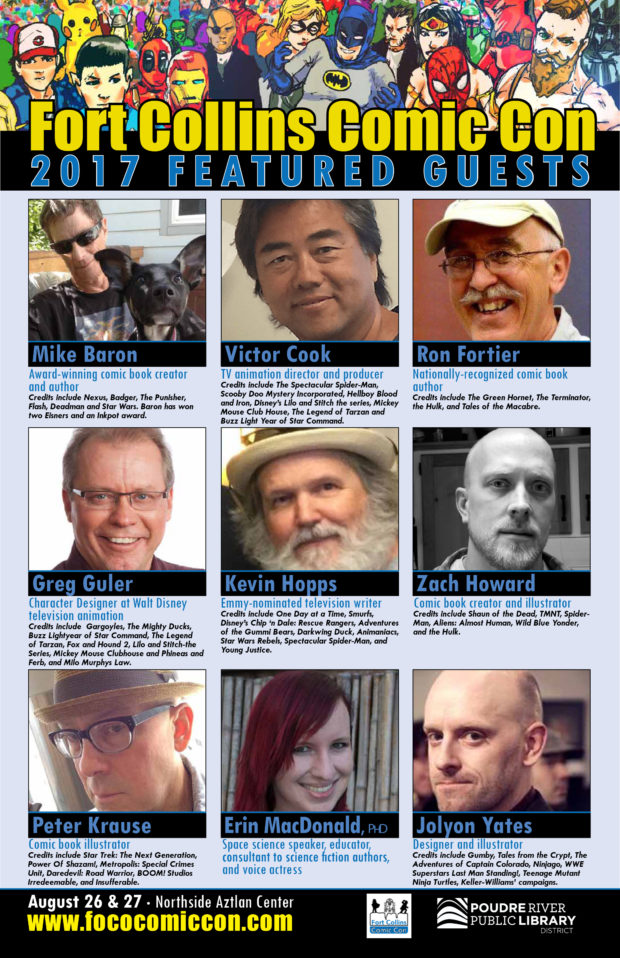 Anyone interested in joining the fandom fun can purchase a badge online – good for the entire two-day event – at FoCoComicCon.com while supplies last. The cost is $20 for attendees age 13 and older; $10 for young fans ages 5-12; and free for geeks under 5.

To kick off the Comic Con weekend, Poudre River Libraries will again host a free Teen Nerd Prom for attendees ages 12-18. The evening event takes place Friday, August 25 at Old Town Library. Anyone planning to attend must register for a free admission ticket on the Fort Collins Comic Con website. Space is limited. 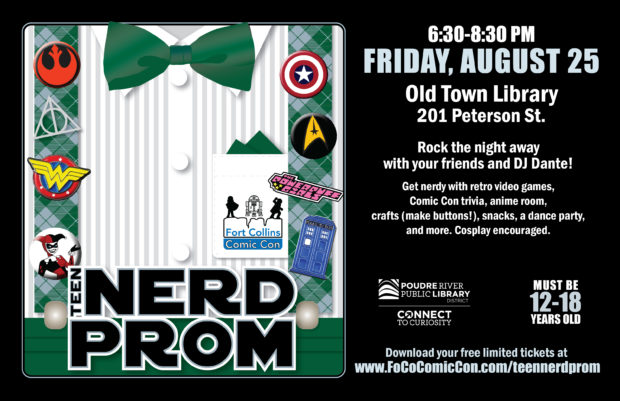