Skip Navigation
My Account
Locations
What's New
Research
Download
How do I?
Posted on May 15, 2015 by Erin Kirchoefer in History, Library Blog, Local Happenings

Some of us are constantly connected and some are luddites-by-choice; I expect if you’re reading this you fall into the first group.   Whatever your tech preferences, most of us would agree that we share a lot more personal information in today’s world than in years past.  Selfies in every possible location and position, tweets about a broken heart, pictures of our dinner, pictures of our pets, pictures of our pets eating dinner, it’s all fair game in social media!

Well, the next time you hear someone lament that “today’s people” don’t have any sense of decorum/discretion/decency (or any other d-words), tell them they should check out some of the Coloradoan archives we house at the Old Town Library.  You can browse the Coloradoan from 1874-present on our microfilm collection (which is actually a lot more fun than it sounds) and our staff is happy to help you get started on the machine!

You’ll find housing prices that will make you weep (FOR SALE: New 3 room home, modern except heat, clos in. $2300.  Terms to suit.  131 West Mountain.  Phone 216), advertisements for the original Gone with the Wind screening in 1940 (for which Fort Collins was one of the few early premiere cities!), hospital notices (Mrs. Peter L. Miller of Windsor had an operation for appendicitis in the Fort Collins hospital today.  Her condition is satisfactory.), and my favorites: personal notices and classifieds.  This is where you will find ads for people looking for lost chickens, thanking friends for their support during a time of loss, and even calling out infidelities!

Below are a few of my favorites from the Coloradoan archives of May of years past, and I’ve taken the liberty of adding a modern interpretation.  Next time you see someone overshare on a Twitter, remember that someone actually paid to share the following information in the newspaper!

1925: Thru an error it was stated that Mrs. James D. Hill was directing the Second Presbyterian church play to be given Friday night.  Mrs. Hill is not directing this play and had nothing to do with it except that she furnished the manuscript.

2015: @dramaticiaint: People!  I am NOT directing #secondpresbyterianplay!  keep my name off it…all I did was print off the manuscript #regrets

1925: Miss Helen E. Caldwell of Fort Collins who is teaching in the Loveland schools, has received a flattering offer of a position as teacher of history and civics in the schools of Honolulu.  While Miss Caldwell plans to leave for Honolulu June 2nd, on a visit, she has not decided as to accepting the offer.

2015: @helenteaches: Got the offer from Honolulu!!! EEEK!….plane leaves in less than a month!  Was hoping for a little more $$…do I take it? It IS Hawaii…

1925: A team of horses owned by J.H. Payton ran away on Jefferson street Friday afternoon and ran on Matthews street to a point near the Fort Collins hospital where they were halted.

2015: @paytoncowboy: 1 of my 2 dunce horses as he ran from Jefferson St all the way to Matthews before being caught. Considering glue factory

1925: A team of horses owned by J.H. Payton ran away on Jefferson street Friday afternoon and ran on Matthews street to a point near the Fort Collins hospital where they were halted.

2015: @paytoncowboy: 1 of my 2 dunce horses as he ran from Jefferson St all the way to Matthews before being caught. Considering glue factory 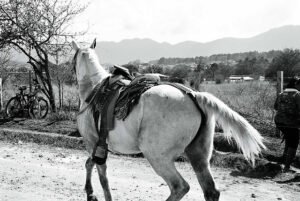 2015: @misslouiseramey: off to spend an awesome day with my honey @thealexneison in denver!!

1925: Mr. and Mrs. Lawrence Cody of Fort Collins and Mr. and Mrs. Reed Hayward were dinner guests Saturday of Mr. and Mrs. H.C. Reagan at Loveland.  Four courses were served and the decorations were beautiful spring flowers.

2015: @wifeofreed: why are my dinner parties all #pinterestfail and everything @meaganthereagan does is perfection?  Check these flowers out 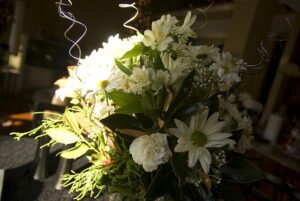 2015: @mrsalicelegg: check out the new handle! Geo and I went to Boulder on Monday….and got hitched!

1925: Complaints are frequently heard in regard to boys who ride bicycles leaving these vehicles upon the sidewalks in front of business places, to the inconvenience of pedestrians.  It is perhaps thoughtlessness upon the part of the lads but should be given attention.

2015: @concernedcitizen: not enough that cyclists think they own the roads AND the trails-now they want the sidewalk too?? Pick up your bike!! #arrogantcyclists #gonnastealyourbikenexttime

1925: In the divorce case of Arthur H. Tilton against Elizabeth M. Tilton, pending in the Larimer county court an agreement made between the parties as to the care and custody of their children has just been signed and filed.

2015: @lizzyspinsit custody agreement FINALLY signed&filed.  Kids and the dog are mine!  No take-backs!

1955: Mr. and Mrs. Floyd Neitzel of 205 Remington Street became parents of a son Thursday evening at the County Hospital.

2015: @floydfoco 25 hours in labor and all we have to show for it is our new baby boy! #vbac #allnatural #nomeds

1955: I will appreciate the return of my billfold–No questions asked.  Mary Billingsley

1955: Mrs. A.B. Christmas of 128 North Loomis Street has just returned after a two-month visit with her daughter and son-in-law, Mr. and Mrs. Roderick Chisholm of Albequerque, N.M.  On April 13 the Chisholms became parents of a son, Roderick Allen. 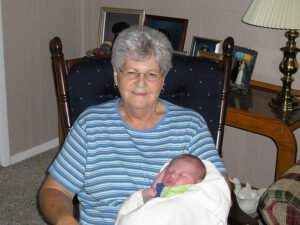 You could also turn to the paper for questions of modern etiquette that can now be easily addressed by a quick poll of your followers.

1955: Q. When a man is walking in the rain with a girl who is carrying an umbrella, should he offer to hold it?  A. Yes.

2015: @genthesnot: dudes, when you’re walking with a girl in the rain and she’s got an umbrella, do you offer to hold it?

@singlenotlovinit: no, I just take it from her

@suffragistian: certainly.  A gentleman always assumes his female companions are incapable of ambulatory transport of objects

@foconoconorain: what rain? This is Colorado…